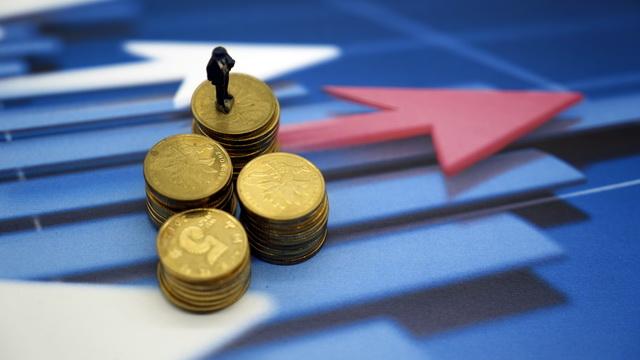 The year 2020 is destined to be a colorful year in history. According to the data released by the National Bureau of Statistics recently, China's GDP will exceed 100 trillion yuan in 2020, increasing by 2.3% year-on-year, and the total economic output will reach more than 70% of the total economic output of the United States. In the global recession, China's economy is still growing against the trend, which has become a miracle in the history of world economic development. Great waves wash the sand, showing the true color of gold. After the storm, you can see the towering pine trees. The epidemic impact is a practical test of the eastern and western systems. The economic and social performance of the east and the west is rapidly divided. The people-centered Chinese "system" has created China's "governance", which fully demonstrates the advancement and superiority of the socialist system with Chinese characteristics. In the future, China will also play more roles in improving the international governance capacity and improving the international governance system.

In 2020, the global economy will fluctuate greatly under the impact of the epidemic, and all major economies will show different degrees of recession. Facing the impact of the epidemic, different countries have different attitudes and measures on the prevention and control of the epidemic. While the Chinese government organized forces to fight the COVID-19 epidemic, some western governments ignored it and let it wreak havoc. While the Chinese people fought against the epidemic with one enemy, some western politicians incited the people to make repeated riots. Faced with the impact of the epidemic, some western governments and their leaders even use misleading remarks to paralyze their citizens, and achieve some political goals by maintaining short-term social order. Due to the laissez-faire spread of the epidemic, the lives of people in these western countries have been greatly impacted, the national economy has also fallen into a deep recession, and large-scale riots frequently occur in the social field, which further leads to the accelerated accumulation of global uncertainty and instability. In contrast to China, after the outbreak, the Chinese government quickly took effective measures, and achieved substantial victory in the prevention and control of the epidemic. The economy resumed normal operation, ensuring the safety of people's lives and property and maintaining social stability. Based on the safe and orderly social environment, China's economy also turned positive in the second quarter, and its GDP achieved positive growth throughout the year, and became a rare positive growth country in the world. The rapid recovery of China's economy provides a steady stream of material support for global anti-epidemic, provides a sustained and stable power source for world economic development, builds firm confidence for all countries in the world, and becomes a banner for global anti-epidemic and economic development. Where is the rule of China? To answer this question, we need to answer three basic questions: who is developing for, who is relying on and who is sharing the fruits of development. The Communist Party of China is the vanguard of the Chinese people and a political party seeking happiness for the people. China's development is also aimed at meeting the needs of the broad masses of people for a better life and seeking happiness for the majority, rather than for the benefit of the minority. China's development also depends on the hard work of the broad masses of the people, and the fruits of China's development benefit the broad masses of the people, rather than being divided by a few people. China adheres to an independent development path, does not believe in western "experience", and takes the needs of the people as its goal, and we will develop whatever the people need, thus forming distinct Chinese characteristics. In practice and exploration, China always insists that development is for the people, development depends on the people, and development results are shared by the people. It has embarked on a socialist road with Chinese characteristics, established a socialist system with Chinese characteristics, and formed a theoretical system of socialism with Chinese characteristics and a socialist culture with Chinese characteristics. However, due to the inherent contradiction of capitalism's capital logic, the wealth created by the broad masses of the people is divided by a few people, resulting in a huge gap between the rich and the poor and artificial social fragmentation.